In December, for the first time the vendors from the Tradebyte pool sent more than half a million shipments to the end customers of diverse platforms. During the whole year, more than 5 million parcels with products from a variety of areas such as fashion, jewellery, furniture, household goods or electronics and software were sent on their way via the TB.One software.

Tradebyte now offers a wide selection of more than 45 sales channels from A for Amazon to Z for Zalando to its more than 400 vendors. It has also gone beyond its Germany-Austria-Switzerland limits: more and more projects are carried out on an international level. In this way, Tradebyte channels could be offered in countries like France, Italy, England, Spain, Belgium, Russia and – for the first time also – in the USA.

“An exciting year lies behind us. We have found new, international partners and have implemented many successful integrations and projects with them. We have further strengthened our place in the market segment of networked e-commerce,” says Matthias Schulte, Managing Director of Tradebyte. “This great growth is of course reflected in turnover, but also internally in our company. Without our 50 plus employees, these achievements would not have been possible.”

Due to this swift development during the last 4 years, the company with its headquarters in the Middle-Franconian Ansbach was awarded the Bavarian Founders Prize in the “Start-up” category last year. So, not only does a fantastic year lie behind Tradebyte, but the software manufacturer can also be optimistic and focused on its goals, and look forward to a new, successful year 2014. 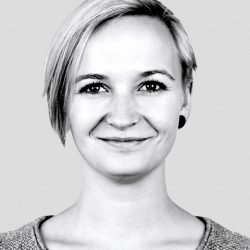